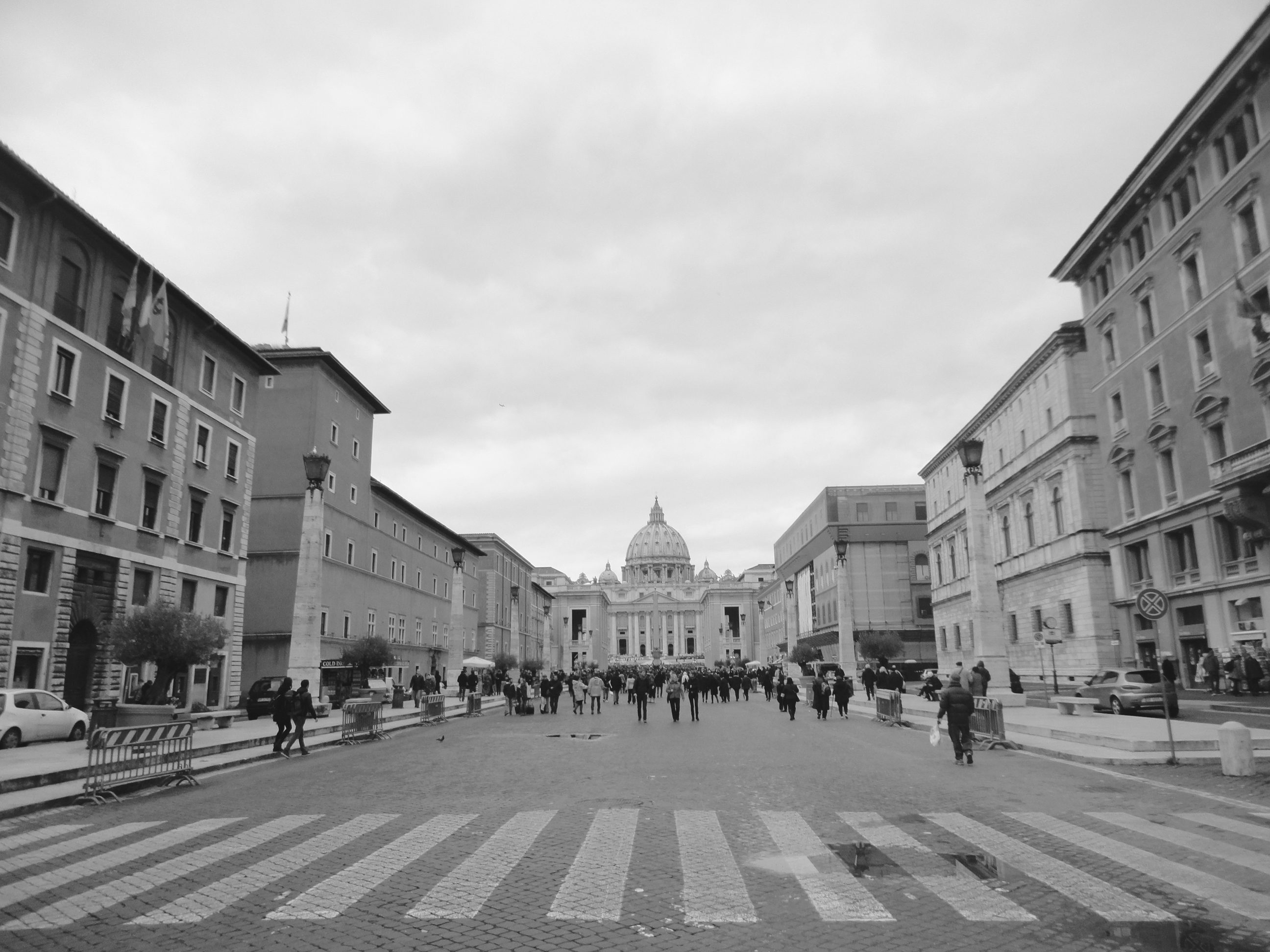 Meeting the Pope in Vatican

It was the day when Pope was supposed the give the speech about the conclusion of the Year of Faith. Well, it sounded exactly like it would bring together large masses of people. We planned on going to the St Peter’s Square as early as possible, but it was really hard to get out of the bed early in the morning. Well, about a fifteen minutes before the beginning of the speech we finally reached the Vatican, but made a sudden turn to the streets that lead to Via della Conciliazione. This broad street leading up to the hotspot is the best way to really experience the magnificence and grandiosity of the Vatican’s main square as it starts to unfold before your eyes.

At first, the square seems smaller than it really is, but walking around after the speech really opened our eyes to the grandeur of this place. Anyway, the Pope held a speech that was broadcasted through giant loudspeakers and it was also televised in the screens that were brought to the square. Pope finished the speech and then hopped on the popemobile (not to be confused with batmobile) and drove through the gathered masses. He waved to everybody and some pretty epic music was playing in the background. The holy man had exactly the kind of face that everybody felt like he was watching straight into their eyes and smiling.

Waving to the Pope – check!

After exploring the Vatican, we went on to Piazza di Spagna, which is unarguably one of the coolest places in Rome. Especially off-season as there aren’t huge swarms of tourists. It’s nice to sit on the stairs, have a panini or pizza for lunch and enjoy the sunshine. And that’s exactly what we did!